Panama Canal is a famous shipping route and tourist destination due to its complex design and size that makes it the largest in the world.

As one of the largest and most complex engineering projects in the world, the canal is an 82 km man-made waterway. It creates a shorter route to sail between the Pacific and Atlantic oceans by almost 20,000 km (12,500 miles). It is also a historical site that has been in place for more than a century and still serves its purpose.

Why is the Panama Canal Important?

Panama Canal was a relief to sailors, ship owners, and maritime transportation by reducing sailing distance as well as risk. Ships sail through within 8 to 10 hours. Before the waterway, ships were going around Cape Horn, the tip of South America. The trip took about 8,000 nautical miles and three weeks of sailing. Additionally, Cape Horn was hazardous to the extent of getting the name “end of the world.” The reason is that ships ran into strong winds, strong currents, large waves, and icebergs. Sailors believed that seas off southern Chile were one of the most perilous causing the death of around 10,000 in the past 400 years. 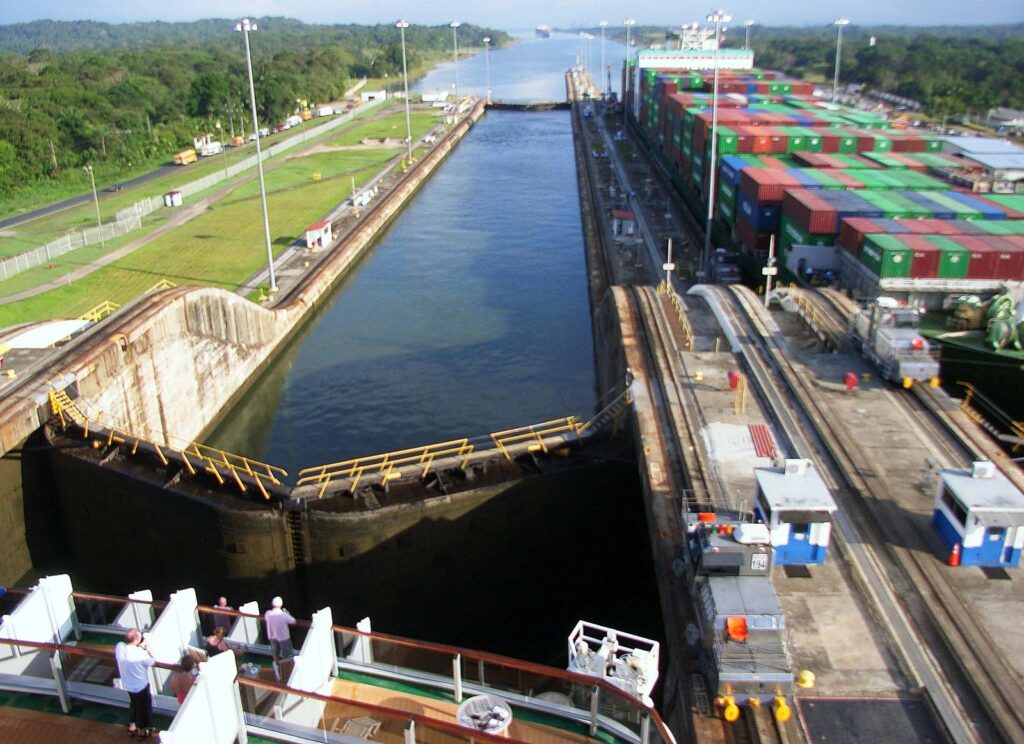 Panama Canal is a fast but cheap route for shippers of commercials goods between the Atlantic and Pacific oceans. It has become one of the most profitable maritime routes for international traders that the authorities saw the need of expanding it. An expansion in 2016 allows larger and more vessels to pass through the waters. Shippers can now transport more cargo without waiting long at the sides for other ships to pass. Panama Canal is a conduit facilitating profitable international trade between commerce giants like the United States, China, and Korea. They use it to ship products to the Americas and back. Over 700,000 ships have passed through this sea passage because it is faster and more secure than other maritime routes.

History of the canal

Panama Canal is both an engineering and historical landmark since it has been operating for 107 straight years.  France began construction in 1880 but did not make much progress due to the death of many construction workers after contracting diseases such as malaria and yellow fever. The United States bought the project in 1904 and completed construction in 1914. The U.S for its effort became a holder of land covering approximately 50 miles around the cape of Panama. The ownership was the source of tension because Panama was divided into two and natives felt the U.S territory was not contributing much to the local economy. Most residents were US and West Indies citizens working on the region or Canal.

President Jimmy Carter reacting to anti-US riots and the expensive operating cost signed a treaty relinquishing 60% to Panama in 1979 and the remainder at the end of 1999. A bi-national transitional commission ran operations until 1999. According to the treaty, Panama Canal is a neutral international waterway with both countries sharing defense duties. An expansion from 2007 to 2016 allows larger vessels carrying heavier cargo to pass. The traffic flows freely after expansion. Previously, ships were delayed for up to a week in maritime traffic.

Panama Canal is an engineering wonder due to the use of a locks’ system at each end. The lock system lifts ships 26 meters (85 feet) above sea leave up to an artificial level and lowers them in a series of more locks to sea level on the other side. Ships while on locks transverse man-made and artificial channels in addition to the artificial lake.

The original locks were 33 meters (110 feet) wide and 1,050 ft (320.04 m) long. They before the expansion were accommodating ships built to fit through Panama Canal (Panamax). A third wider lane of locks opened in 2016 allows bigger ships called Post-Panama to pass through with shipping containers almost three times of Panamax capacity. The latest

Lock chambers are 54.86 meters wide. The canal locks operate by gravity flow of water from lakes. The locks are in pairs to allow simultaneous sailing of ships in both directions. Two leaves set on hinges are on each lock gate.

Electric motors control the movements from a control tower. The two original lock mechanisms are delicate so only small vessels pass without assistance. Electric towing locomotives running on cog tracks guide larger ships to keep them at the center of locks. A first and second gate protects the lock in case a vessel moves away from the towing locomotive.

Panama Canal is a crucial part of trade between the United States and other countries. 12,000 and 15,000 ships cross here annually with cargo equal to 4% of world trade and 16% of U.S borne business. The shorter route to United States, Asia, and other parts by water vessels also helped to reduce carbon dioxide emissions by 13 million tons in 2020 compared to likely alternative routes.

Besides Panama canals,  Suez Canal is another important link that links the red sea and the Indian Ocean, thereby providing a shorter shipping route as opposed to going around Africa or Europe.