The Fuchsia operating system, developed by Google from the ground up, now officially runs on real devices. “New operating systems don’t come out every day, but today is such a day,” tweeted the technical head of the Fuchsia OS project at Google, Petr Hosek.

The update is starting to roll out to the first generation Nest Hub, first released in 2018. In this smart display, Fuchsia OS, based on the Zircon microkernel, will replace Cast OS on the Linux kernel that was previously used.

Given that the interface and capabilities will remain unchanged, it is likely that the owners of the Nest Hub will not even notice that they have switched to Fuchsia OS. This is possible because Google’s smart display software is based on the Flutter framework, which is designed to create consistent applications across platforms, including Fuchsia OS. 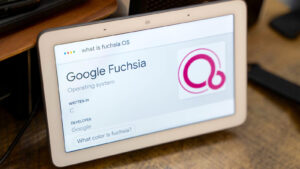 The Fuchsia OS-based Nest Hub update is initially rolling out to devices in the Preview Program but will become more generally available in the next few months. It’s unclear if Google plans to bring other Cast OS devices to Fuchsia.

The release, announced on May 25, marks Google’s biggest official move towards making Fuchsia an operating system anyone can use. Field trials of Fuchsia 1.0 on real devices show that Google’s greenfield Linux alternative is ready for use in the smart home as a replacement for Cast OS.

However, the smart home is just one of the many potential uses of Fuchsia OS, which Google Senior Vice President Hiroshi Lockheimer hinted at in 2019 as a starting point in promoting the Google-developed operating system to the desktop. , smartphones and in the IoT.