Rectennas are new devices which are being developed to trap and use waste heat radiations in space to generate electricity.

Most of the energy that is produced in the planet at the moment goes to waste as it is in the form of thermal energy. Scientists from the University of Colorado are trying to develop a new system that will be able to capture part of the energy that is lost in the form of heat and convert it to electrical energy using a principle that is close to that employed in a rectifier. They have been able to design a surface that has the ability to trap lower frequency thermal radiation and convert it to usable DC electricity.

The common frequencies in different countries varies from 50 to 60 cycles per second. This alternating current is then converted by a rectifier to DC energy that can be used by machines at home. In a similar way, the researches want to create a system, which will incorporate the working principles of an antennae and a rectifier to trap thermal radiation in the air and convert the alternating electromagnetic oscillation to usable DC power.

The system named Rectennas, currently work at lower frequencies of the spectrum of the electromagnetic oscillations and the team of researchers has been able to enhance thermal emission of the hot bodies by manipulating the surface.

Through research the team was able to find that they could specifically tune a surface and enhance the emission of radiations at a frequency of 1 Trillion Hertz.The design of the surface consists of a copper plate with  a regular array of tiny holes. The surface has been found to trap up to 10,000 to 100,000 times more thermal radiations than an antenna in space.

Though more research is being carried to see how the Rectennas can be improved so that they could work at much higher frequencies as well as how the Rectennas compare to the current methods of thermal energy conversion to electric energy. This system has the ability to alter how thermal transmission engineering works.

Get the Best Bluetooth speaker at $23.75. Offer valid for a limited time 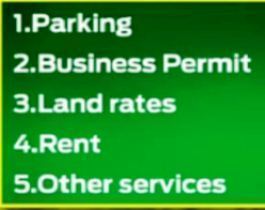 Please note that the Nairobi county parking code has changed to *235# effective 10th June 2019. Use the step by step instructions below to pay for parking using the mobile phone.   Dial *235# ( Read more…

Below is a video showing ten Boston Dynamics SpotMini robots pulling a truck. 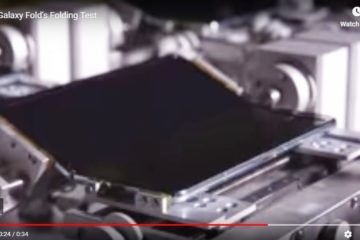 Below is a video showing how Samsung tests the Samsung Galaxy Fold phone using a robot. The test involves folding and unfolding the phone several times to ensure that it works as designed. Basically, the Read more…