New smartphones with enhanced features are going to make their way to the market in 2015.
A number of upcoming smartphones have been featured by the industry to satisfy the cravings of modern mobile user. The year 2014 offered some of the best smartphones for professional use, and manufacturers have promised to throw better phones in the market this year. If you want to get an up-to-date cell phone, we suggest you give a shot to one of the most awaited launches of 2015.

Sony has been providing smart hand phone solutions for the modern fanatic. The upcoming phone in its Xperia series is the ZL model that has been creating hypes on the internet. The phone offers a high quality camera with a 1080p display screen. This high resolution will be ideal for watching your favorite TV show or browsing business presentations. The 5-inch screen offers great room to the viewer. The phone is also equipped with an IR blaster which you can use to control other home entertainment devices. 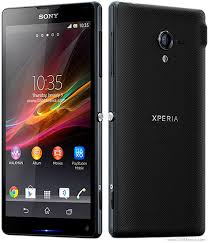 We believe that LG’s G3 was the best thing that happened to us in 2014 so it won’t be an understatement to say that its next version G4 would take the world in 2015. The G4 phone is rumored to launch the market in summer of 2015 to offer optimum solutions to the needs of smartphone users.

Everyone is always crazy about the lined up Samsung Note 5. The new Note is expected to have 5.9inch phone screen with up to 4GB RAM for a much faster processing speed. With such a RAM, it will be able to multitask much more easily. The metallic body with aluminum finished edges has been causing a buzz on the internet already. Featured with an 18 MP camera, the phone will be the ultimate Smartphone choice for enthusiastic photographers.

Asus has announced the launch of a new ZenFone in 2015. Rumor has it that these phones will be equipped with Intel processors for higher processing speeds. The teaser video for the phone reveals that it will come with rear volume controls and many other features. The phone also appears to have double LED flash for a better view in the dark. Little has been revealed on the specs but the ZenFone is expected to make heads turn in 2015.

Microsoft has announced the launch of the ultimate replacement for Lumia 1020. Known as RM-1052, the new Microsoft smartphone phone will be equipped with a lot of advanced features. The 5-inch device has promised to deliver fantastic camera results for 2015 and has geared up the young photographers to try this amazing Smartphone. The exact date of launch hasn’t been revealed but the phone should be in the market for grabs by the mid of 2015. 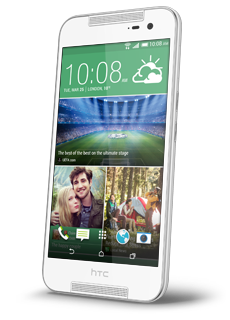 HTC always steals the show among featured smartphones. The company is rumored to launch a brand new HTC device in the coming year. Equipped with android v4.4 KitKat and a 5-inch LCD display, the phone offers a 13MP camera for professional level photography. Featured with WiFi and 3G, the phone has an expandable 16GB memory to store unlimited apps for you. The Li-Polymer battery promises that the phone will support you for long hours.
The anticipated launch of these upcoming smartphones has kept the gadget lovers all geared up. The announcement of the launch of these new smarthones with enhanced features, promises that 2015 is going to be a good year for progressive technology.

1 thought on “New Smartphones with enhanced Features in 2015”