The  SS Central America ship wreck in the South Carolina waters, was recently discovered to have been left with 1000 ounces of gold after an earlier recovery way back in 1988 was put off. The recovery that was abandoned in 1991 had recovered gold worth $40 million using sonar and robotic technology.
The recent discovery by the Odyssey Marine Exploration includes five gold bullion and two gold Double Eagle coins, one of the $ 20 coins was minted in 1850 and the other one in San Francisco in 1957 .
It is believed that the ship’s sinking in September 12, 1857 was caused by a hurricane. On board, were 425 passengers, and 21 tons of gold in newly minted gold coins and gold bullion. Majority of the passengers perished in the accident of the 280-foot side-wheel steamship which was transporting the raw gold and freshly minted gold coins from the California mines.
The recovery of the ship which had sank to a depth of 2.2km, 160 miles from South Carolina, has been embroiled in controversy over who should carry out the exercise. In fact is what led to the abandonment in 1991 when it was partly done. Court battles and disagreements between the receiver and investors were some of the factors that derailed the earlier recovery in 1991.
It is believed that the sinking could have caused the panic in the banking sector which contributed to the US economic crisis that started in 1857 and lasted several years.

Get the Best Bluetooth speaker at $23.75. Offer valid for a limited time 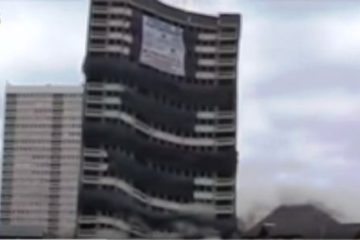 Why and how China demolished 19 buildings in 10 seconds

China managed to safely demolish 19 buildings in 10 seconds, almost simultaneously, on Saturday the 21st January 2017. The 19 buildings standing next to one another in the Chinese city of Wuhan were brought down Read more…

HP entered the 3D printing scene with its Multi Jet Fusion technology capable of printing 10 times faster, and which is 50% less expensive than current printing systems. The entry into the 3D scene with Read more…

Sand is an environmentally friendly, non toxic and low-cost material that makes higher energy density electrodes for the sand based lithium ion batteries as compared to those made from graphite. Sand contains quartz (silicon dioxide), Read more…