Wind energy is one of the most reliable renewable energy that homes and businesses can adopt for sustainable energy.
Wind energy can be a useful renewable resource to power homes and businesses, and since it only involves capturing the natural wind in our atmosphere and converting it into mechanical energy then electricity, it’s one of the most effective ways to develop sustainable energy. This form of energy has been used for centuries since people started using wind power to power windmills to pump water, ground grain, among other things. The wind power generation technology has evolved to today’s white, slick, and modern looking wind turbine.


By 2012, there was 282,000 MW of wind energy globally with U.S representing nearly 22% of it. In the U.S. it is estimated the country has wind energy potential 10 times the amount of electricity the whole country is currently consuming and wind energy is viable in all 50 states. This potential, if harnessed well can be used to not only produce electricity for the national grid but also in small scale for use in homes and business premises.
Wind energy requires faster and less turbulent wind, that’s why the wind turbines are placed high above the ground, at 100 feet (30 meters) or more. The turbines can be used off the main grid, or be connected to the grid, or can be used together with photovoltaic (solar cell) system for increased power. Stand-alone wind turbines applications can be used in homes and businesses in windy areas as a way to cut electric bills.
Advantages of wind energy

Wind energy is environmental friendly; it uses the turbines which spins a generator to make electricity thus making it a clean, non-polluting, and renewable source of electricity. It does not release any harmful gas like carbon dioxide to the environment and does not require any fuels.
Wind power generation is one of the most reliable renewable energy that homes and businesses can adopt for sustainable energy. If you are located in a geological area that gets a lot of wind, it can be a new source of energy which can never be drained like other regular, non-renewable sources.
The cost of installing and delivering wind energy has dropped lately as the method start getting used in many homes. The initial cost of installation may still be seen as high but consumers are assured they will recover the expense of obtaining and introducing your wind turbine over time.
The wind turbines do not require new space and can be installed on existing farms or agricultural land and one can continue working on the land. It may also provide much needed energy if your construction is located in a remote location where you are not connected to the national grid or it’s expensive to do so.
The wind turbines also pay dividends through feed in tariffs (FITs) and energy saved. As energy costs soar, there is need to change to alternative forms of energy to minimise use of traditional electricity. This not only saves businesses thousands of dollars in cost cutting but also lessens the environmental impact which conveys a positive image for the corporate social responsibility.
States are encouraging personal and commercial production of renewable energy like wind by offering tax incentives. The incentives are available in different levels whether the property is residential, low-income residential, multi-unit residential, commercial, or non-profit. Some states require the systems to be at least one kilowatt (kW) in capacity, without maximum limit to participate. The federal government gives rebates on solar power installation and an owner may claim credit 30% of qualified expenditure in commercial and business properties without maximum limit.
Disadvantages of Wind energy
Wind energy has disadvantages, for instance, it can only be harnessed at certain regions where there is high speed wind, which means there are places where it may not be viable to install. There is also the need to have open areas where the turbines can be set up since trees can slow down the wind currents, this may require cutting down of trees. Also, transmission lines have to be built to bring power to homes or offices which may require extra investment to set up the infrastructure.
Currently there is high dependence on non-renewable energy sources like natural gas and coal which are vulnerable to price spikes and supply disruptions with long-term pricing. In future, small scale generation of energy will play a big role in helping to offset energy use by large power consumers like supermarkets and industrial parks. According to Office of Energy Efficiency and Renewable Energy, it is estimated that wind could save consumers $280 billion by 2050.
Wind energy will also help avoid air pollution emissions since it does not emit harmful gases, and preserve water resources that would have been used to generate power. The future looks bright for wind energy, and mostly due to the fact that it is sustainable, and although it may need high initial investment, it is long lasting and generally doesn’t require any maintenance and run for long time.

1 thought on “Wind Energy for Commercial and Home Use” 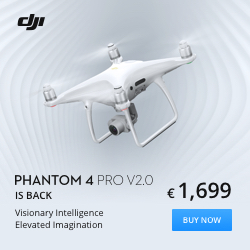