The camarilla is currently the world’s smallest social network app.It provides a private network space where members can send their photos and messages, only visible to the 15 closes friends in the group.

The smallest social network is similar to Whatsapp. However, everything in the social network is private, when you send a message, only you who will be able to see the comments. And you can also reply to a message privately such that other people in the group do not see your response.

The camarilla app has been stripped off most of the features and left with just the basics. The smallest social network app is simple and private so as to provide an ideal private friendship space. 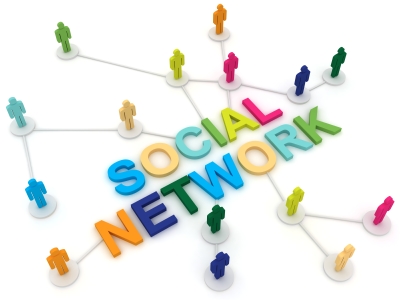 As more and more social networks crop up from all over the world, some people want to have as many followers or friends as they can. Businesses, media houses, advertisers and other establishments may benefit from a huge following. In the mobile front, people are able to communicate with all those people in the same group, without having to send individual messages to each of the group members.
It is easy to just create a group, be it a family group, friends group or any other where people share a few common things. This enables them to update one another at will. In addition, people are at liberty to respond they way they deem fit.
As members, one has no control over who else should be added. Only the admin can decide who joins the group. So it is common to find yourself in the same group with someone you do not get along with in real life.
And as some of the people want to be in groups with hundreds of members, some people prefer few social networks of the close friends. There are several social media apps with only a few people such as the Path social network.
Path is one of the most popular small social network with a maximum of 50 users. However, Camarilla is now changing all these, it only allows a maximum of 15 closes friends and it is currently the smallest social network app, which also guarantees some privacy.

What is Camarilla?
Traditionally Camarilla refers to a group of favorites or courtiers who surrounds a ruler or king. These do not hold any office or any official authority, however, behind the back; they usually advise and influence the decisions a ruler makes.
In modern politics this Camarilla may refer to the kitchen cabinet, but a cabinet comprising of unelected people or advisers outside the traditional government structure.
The term camarilla means different thing in different areas across the world, however, the term refers to asset of close people in a private grouping.
The camarilla smallest social network provides friends with a private space, where real friends connect instead of performing. The free app is built on simplicity, privacy and friendship.
The social network app is available for both iOS and Android.

3 thoughts on “Is Camarilla, with a Maximum of 15 Members, the World’s Smallest Social Network?”